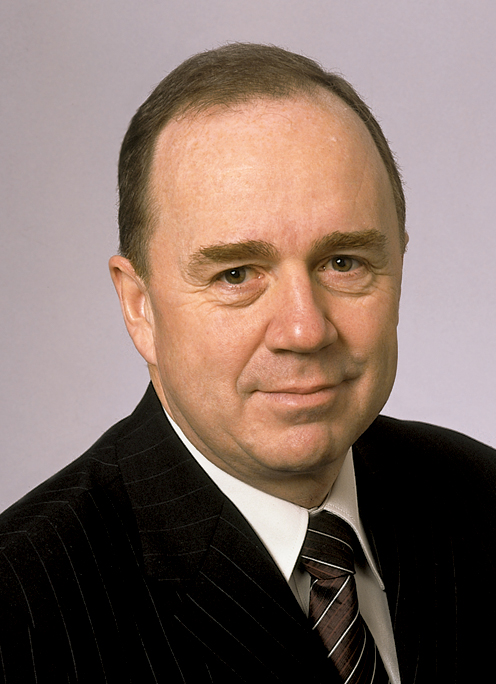 Frank Saunders, one of Bruce Power’s founding executives and a friend and mentor to many, passed away suddenly on July 4. Frank left an enduring legacy at Bruce Power and across Canada through his work in the nuclear industry which spanned more than 35 years.

Mike Rencheck, Bruce Power’s President and CEO, said working with Frank over the past years has been a pleasure and described him as steady in his duties, passionate in his beliefs and driven by the success of our people and Bruce Power.

“He always worked for our success whether it was regulatory issues, Small Modular Reactors or creation of the Nuclear Innovation Institute, he always wanted the best for our team. I remember sitting with him for five straight days in our 10-year license hearing and he never ceased to bring clarity or discussion on a variety of topics, and at the end it was a success. He had a sense of wit throughout and was humble in his demeanor. I will miss him.”

Frank was born in Miramichi, NB on April 4, 1954 and was husband to Sherrill Saunders and loving father of Stacey and Jason and grandfather to Connor.  Frank recently semi-retired and was enjoying his time in the woods working on the retirement property he shared with his wife of 46 years and their dogs, Jackson and Gracie. Due to the pandemic, the family will be having a private service. In memory of Frank, if desired, a tree planting in a conservation area of your choice would be appreciated.

An Honours Graduate of the Physics program at Mount Allison University in New Brunswick, Canada, Frank began his career in the Land Ordnance Engineering discipline as a Commissioned Officer in the Canadian military. After 12 years and a variety of postings, Frank joined the former Ontario Hydro’s nuclear division where he held a number of management positions for the next 13 years. This included experience in a several disciplines such as engineering, operations, quality assurance, safety, inspection and performance assessment. He served at four different nuclear facilities including the Institute of Nuclear Power Operations, where he performed inspections of several North American nuclear power plants.

Frank completed his time with Ontario Hydro Nuclear as Superintendent Peer Evaluations where he organized and performed nuclear plant safety evaluations on Canadian and international plants. Frank then joined McMaster University first as Manager of the McMaster nuclear reactor and then as Director of Nuclear Operations and Facilities, where, as senior nuclear operating authority, he oversaw operations at McMaster’s nuclear reactor, accelerator facility, nuclear research building laboratories and support facilities. A stable financial base for this important research facility was a key outcome of his work at McMaster.

In 2001, Frank returned to the Bruce nuclear site as the Vice President of Safety and Environment, when Bruce Power was formed. He has held executive-level positions in a variety of areas including conventional safety, radiation safety, environment, security, emergency response and emergency preparedness. Frank was particularly proud of Bruce Power’s strong reputation in these areas and the opportunity he had to play a role in this.

“Frank was a true class act. Smart, genuine and he always saw and brought out the best in people, always finding a positive way forward. He will be dearly missed by his family, friends and colleagues but his positive mark will live on for many years to come.”

Gary Newman was a close colleague and friend who worked with Frank over the past 15 years since joining Bruce Power.

“I often sought his counsel on all things regulatory and he has always been a steady hand with a host of challenging issues. He approached each issue with a calmness that I have always found strengthened my confidence in our path forward.  As such, much of the success of our program over the last 10 years has been due to his thoughtful oversight and involvement.”

Frank was the first President of the Nuclear Innovation Institute which is a lasting expression of his commitment to the industry to create greater opportunities for people to learn and work in our rural communities. After retiring last November, he remained active with NII as a Member of its Board of Directors, as well as focusing on advancing Small Modular Reactor technology in Canada and as Chair of the Canadian Nuclear Association.

Last year, Frank was recognized by the Canadian Standards Association Group with their highest honour, the John Jenkins Award for outstanding lifetime achievement. The award recognized Frank’s work advocating for the development and use of CSA nuclear standards and improving overall value of CSA’s nuclear standards program.