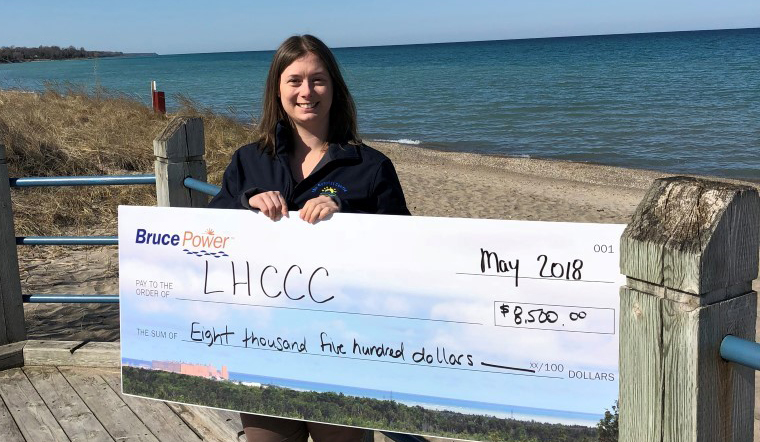 Lake Huron is the third-largest great lake, with a coastline measuring 6,170km in length.

That’s a lot of coastline to monitor and watch which is where the Lake Huron Centre for Coastal Conservation’s Coast Watchers program comes in. The program is a citizen science initiative, which has a goal to collect local scientific data along the Lake Huron coast while actively engaging shoreline communities.

Since 2005, the program has been sustained thanks to 20 volunteers who observe their coast on a weekly basis.

“This collected data is part of a greater long-term data set, which can be used to better inform shoreline management decisions and to monitor changes as local scales.”

In the past year, the Coast Watchers program has seen a sharp increase in volunteer interest, attracting the attention of more than 140 new volunteers.

“We are launching into the 2018 monitoring season with just over 100 trained Coast Watchers being our eyes and ears of the coast,” Brenot explained.

“Each Coast Watcher will do a end of season survey that will include the total amount of shoreline surveyed and how many surveys they completed in the season. We estimate that each of our 106 Coast Watchers monitor roughly 0.5 -1 km of shoreline,  giving us a total estimate of 53 to 106 km of shoreline being monitored every week.”

You can read more about the Coast Watchers program here.