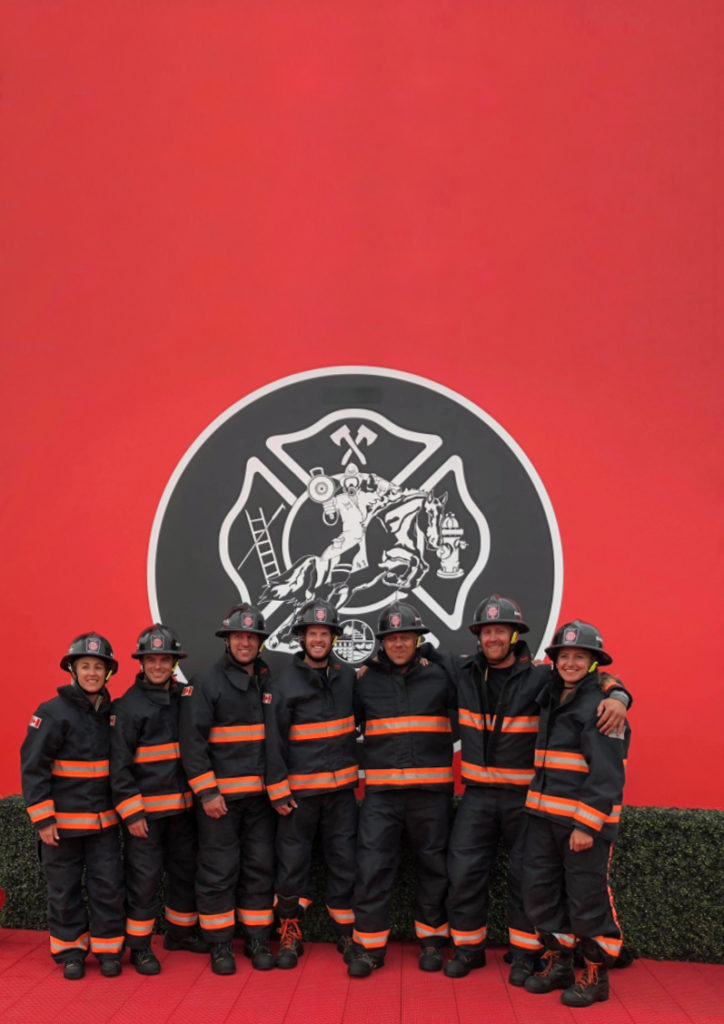 In Oshawa, which rivals nationals in the number of competitors, team captain Justin Clarke placed fifth in the Individual category; Courtney Surridge was sixth in Women’s Individual; Nathan Perrott was second in Over 40; and Donnie Mertes was fifth overall Over 45.

In pairs competition, Mertes and Perrott placed second overall Over 40 X3, while Kathryn Harding and Surridge raced to a third overall finish in Women’s X3.

Mike Viau shaved 17 seconds off the time he achieved during his first ever run in June, while Josh Ironmonger ran a strong race matching his previous personal best.

At nationals in Spruce Meadows, the men’s relay team – consisting of Viau, Perrott, Clarke, Mertes and Ironmonger – placed first in the Industrial category. Mertes and Perrott placed second in Over 40 X3, while Harding and Surridge again netted a bronze in Women’s X3.

“We are proud of the hard work and dedication of our FireFit competitors, who spend countless hours on top of their regular duties to prepare for this physically demanding event,” said James Scongack, Executive Vice President, Corporate Affairs and Operational Services. “Our entire emergency response organization maintains very high standards and remains dedicated to ensuring the Bruce Power site remains safe and secure. Competitions such as this help benchmark our team against the best in the business.”