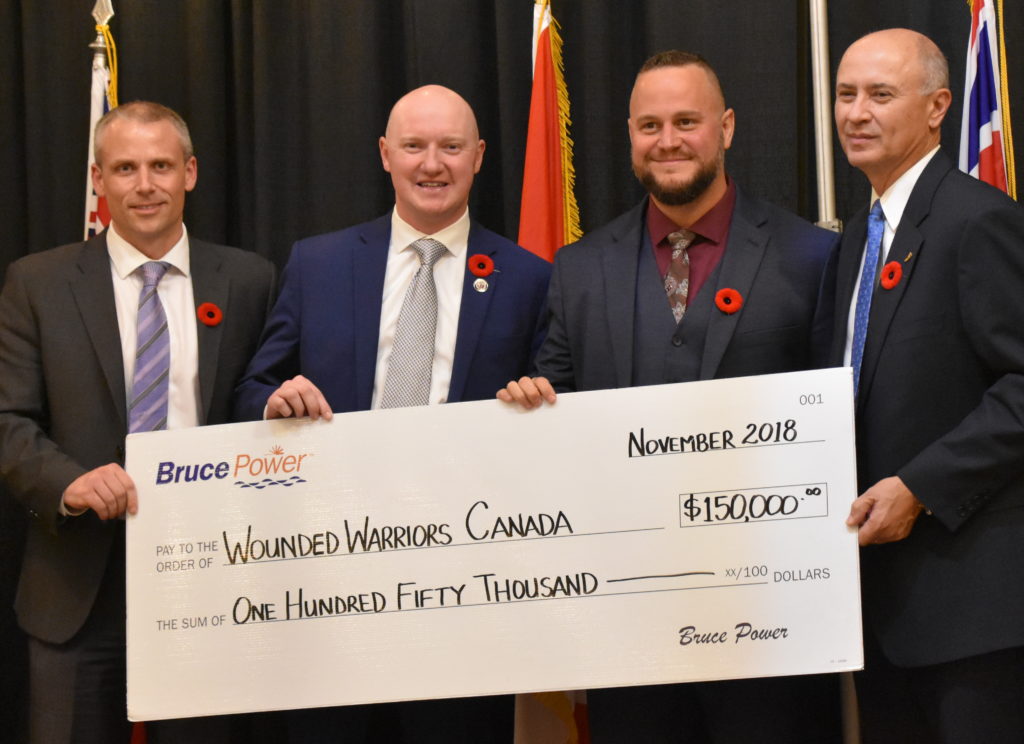 Bruce Power and its partners in the nuclear supplier community joined forces to raise $181,000 for Wounded Warriors Canada at its annual gala last night in Kincardine.

“Wounded Warriors Canada plays an incredibly important role in the lives of thousands of Canadian military members, veterans and their families,” said Mike Rencheck, Bruce Power’s President and CEO. “Bruce Power and our many supplier partners are proud to continue supporting the organization’s efforts to improve the health and lives of our Wounded Warriors and their families.”

Scott Maxwell, Executive Director, Wounded Warriors Canada, said Bruce Power, as a long-standing partner, understands that when a veteran or first responder is struggling, it doesn’t matter where, when or how their injury occurred.

“What matters is that they know that we, as a country and community, are in this together – working to ensure they receive the mental health support they so rightly deserve,” Maxwell said. “We are deeply grateful for the ongoing support from Bruce Power and its suppliers, who continue to help make our life changing and family programs possible.”

The keynote speaker at the gala was Bruno Guevremont, a veteran, entrepreneur, North Pole explorer, and a ‘Bell Let’s Talk’ and Invictus Games Ambassador. No stranger to the effects of PTSD and mental illness after 15 years and two tours in Afghanistan, Guevremont told his harrowing and inspiring story of how he has become a true instigator of progress when it comes to promoting mental health awareness.