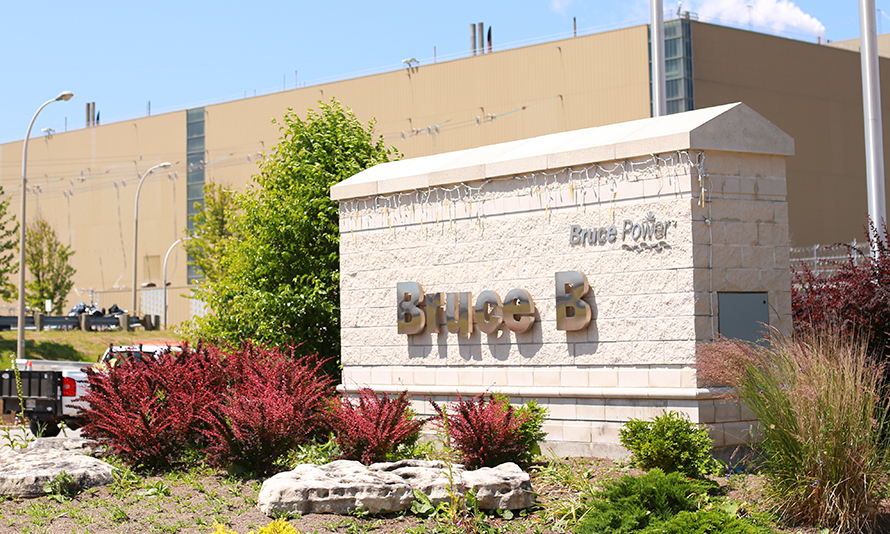 “Ontario’s families and businesses are counting on Bruce Power to provide low-cost, clean, reliable nuclear power, good jobs and life-saving medical isotopes for decades,” said Mike Rencheck, Bruce Power’s President and CEO. “We will continue to perform at a high level, creating and sustaining 22,000 jobs across the province annually, and injecting $4 billion into Ontario’s economy each year. We are proud to provide 30 per cent of the province’s electricity at 30 per cent less than the average cost to generate residential power.”

The Unit 6’s MCR will capitalize on Bruce Power’s successful track record of delivering its overall Life-Extension Program, which remains on time and on budget.

“Nuclear power is the backbone of Ontario’s electricity system,” said the Hon. Greg Rickford, Minister of Energy, Mines, Northern Development and Indigenous Affairs. “The Life-Extension Program at Bruce Power will ensure that Ontario families and businesses have an affordable and reliable source of emissions-free electricity, while simultaneously supporting tens of thousands of jobs across the province for decades to come.”

The Unit 6 MCR is expected to create an additional 2,000 jobs on average across the province, over the next four to five years. All of the investment for the project will be met by Bruce Power, and the company will take on the risk of executing the project on time and on budget.

Hon. Lisa Thompson, Minister of Education and Huron/Bruce MPP, welcomed the news and the impact it will have for the community and the province.

“Bruce Power is the perfect example of Ontario being ‘Open for Business,’” Minister Thompson said. “In addition to creating jobs, they are critical suppliers of low-cost electricity and medical isotopes throughout Ontario. The Unit 6 MCR will also be an economic driver in communities across Huron-Bruce, and position the region for sustainable prosperity for years to come.”

Hon. Bill Walker, the Minister of Minister of Government and Consumer Services and MPP for Bruce-Grey-Owen Sound, said this is more positive news for the region.

“Bruce Power is driving Ontario’s economy forward, generating low-cost power, supplying isotopes around the world, and creating jobs through private sector investment in infrastructure,” said Minister Walker. “This announcement is good news for rural southwestern Ontario, which is emerging as a global centre of nuclear innovation, manufacturing, and services.”

Rocco Rossi, President and CEO of the Ontario Chamber of Commerce, also touted the benefits of the project and the impact it will have on the province.

“The Ontario Chamber of Commerce is a big supporter of the work at Bruce Power, as it provides low-cost electricity for consumers and also is a source of jobs, private sector investment and life-saving medical isotopes,” Rossi said.

Bruce Power’s multi-year investment project and operation represents Canada’s largest infrastructure project, and is also the country’s largest Public-Private Partnership, as the company invests private dollars into public assets, while optimizing the benefits from its site for the province.

“Bruce Power is viewed internationally as a ‘Made in Ontario’ success story that has enabled private sector investment in key infrastructure, which has helped deliver low-cost electricity, the phase out of coal in Ontario, job security for thousands of people, efficiencies in operations, and security of a global supply of isotopes,” said Mark Romoff, President and CEO of the Canadian Council for Public-Private Partnerships.

The news is positive for electricity consumers and for medical patients as well, as it secures a long-term supply of Cobalt-60, said Kevin Brooks, President, Nordion.

“Nordion and Bruce Power have been partners in safeguarding global health for many years through the production of Cobalt-60,” Brooks said. “The confirmation of the Unit 6 MCR demonstrates Bruce Power’s ongoing contribution to the safe, reliable supply of this important isotope, and is great news for our industry. The successful completion of Unit 6 Project will secure a critical supply of Cobalt-60 for decades to come.”

Watch a video on the Unit 6 MCR.