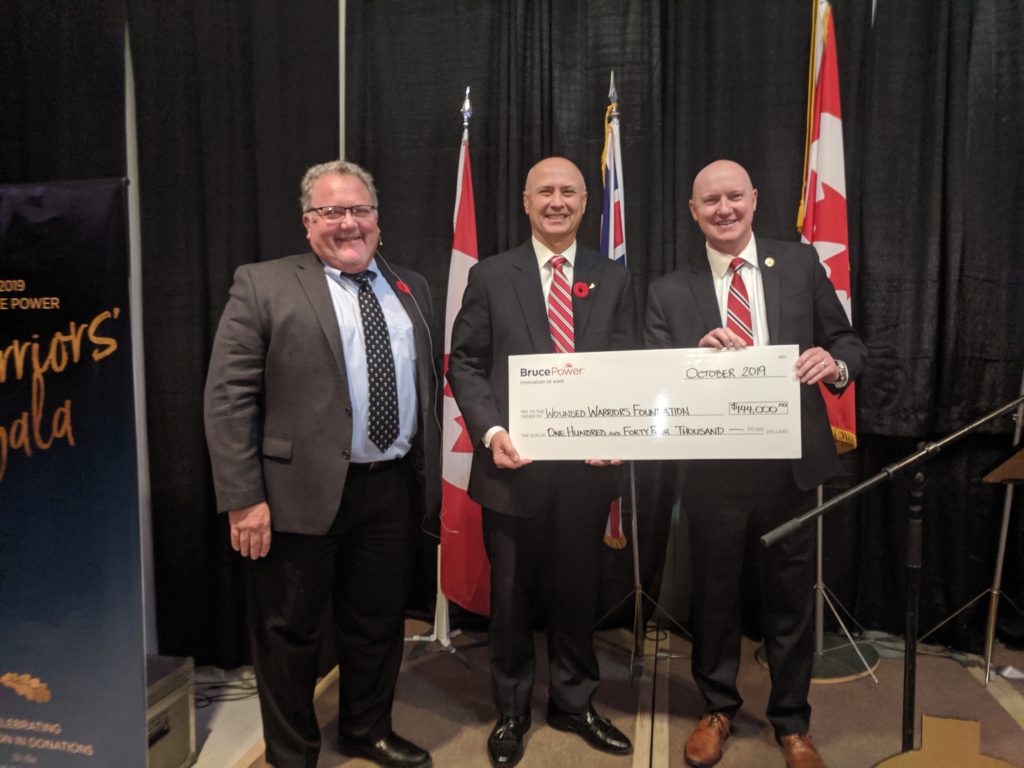 Bruce Power and its partners in the nuclear supplier community celebrated a total of $1 million donated to Wounded Warriors Canada at its annual gala last week in Kincardine.

A total of $144,000 was raised this year for Wounded Warriors which was topped up to $170,000 thanks to personal donations and funds raised in a silent auction Thursday evening. An additional $26,000 was donated to 13 Royal Canadian Legion Branches across Bruce County.

“Wounded Warriors Canada plays an incredibly important role in the lives of thousands of Canadian military members, veterans and their families,” said Mike Rencheck, Bruce Power’s President and CEO. “Bruce Power and our many supplier partners are proud to continue supporting the organization’s efforts to improve the health and lives of our Wounded Warriors and their families and become the first Canadian company exceeding $1 million in fundraising.”

The keynote speaker at the gala was Major-General (Ret.) David Fraser who served for over 31 years with the Canadian Forces. His career is highlighted by numerous operational tours around the world where he served in command at every rank from Lieutenant to Major-General on operations commanding Canadian and multi-national troops. For his leadership, he is one of the most decorated officers Canada has produced.

Scroll back to top