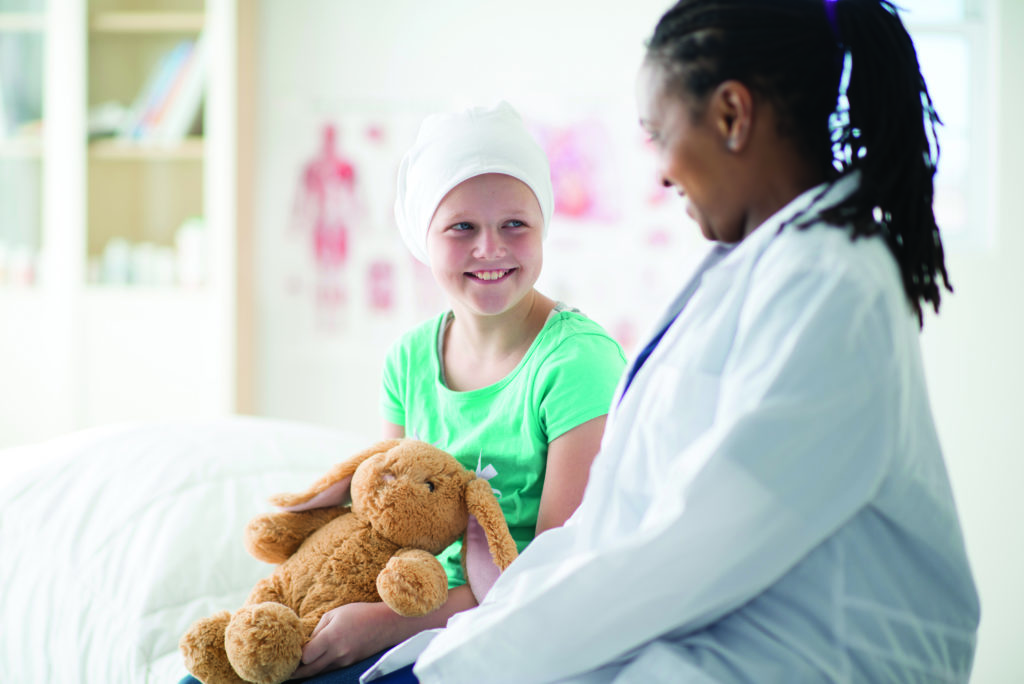 Bruce Power will continue its sponsorship agreement with the Ontario Hockey League (OHL) for the 2019-20 season by highlighting its support of Brain Tumour Foundation of Canada and the Pediatric Oncology Group of Ontario (POGO).

Through its partnership, Bruce Power will sponsor games in 16 OHL communities during the regular season to raise awareness around Brain Tumour Foundation of Canada and POGO. Both organizations will have an opportunity – through splitting the 16 games – to set up information/awareness kiosks inside the arenas on their respective game nights while the teams will promote POGO, Brain Tumour Foundation of Canada and Bruce Power on its social media channels and through their in-game promotions.

“Since becoming a partner of the Ontario Hockey League in 2017, we’ve been able to work with the league and teams on charitable initiatives that help raise awareness around the important work being done by the Brain Tumour Foundation of Canada and POGO on behalf of cancer patients and their families across Ontario,” said James Scongack, Executive Vice-President, Corporate Affairs and Operational Services. “Supporting these two organizations is an extension of the work our employees are doing in providing the world with medical isotopes that are used every day in the diagnosis and treatment of cancer.”

“The Ontario Hockey League greatly appreciates the work being done by our partners at Bruce Power and their support of these two great organizations that help countless people in our communities,” Branch said. “Cancer impacts everyone and this charitable effort will raise a great deal of awareness league-wide.”

Brain Tumour Foundation of Canada didn’t hesitate to participate in the Bruce Power-sponsored games, having seen an increase in awareness around the organization and its programs with its presence at OHL games last season.

“For 37 years now, Brain Tumour Foundation of Canada has funded brain tumour research while providing the brain tumour community with emotional support, access to accurate information and a connection to others facing this challenging disease,” said Susan Marshall, Chief Executive Officer, Brain Tumour Foundation of Canada. “We’re grateful to Bruce Power, the Ontario Hockey League and its clubs for allowing us tell our story to hockey fans throughout the province.”

Like Brain Tumour Foundation of Canada, POGO has offices in several OHL communities and is taking advantage of the opportunity to tell its story to major junior hockey fans.

Each year in Ontario, there are over 4,000 families with a child in cancer treatment or follow-up care. More than 86 per cent of children diagnosed with cancer will survive. Nearly 60 per cent of these survivors will experience complications either due to the disease itself, complex surgical procedures or the rigorous rounds of radiation and chemotherapy they were given during treatment. POGO champions childhood cancer care for now – for life.

“Creative collaboration allows us to work towards a collective goal, and POGO is proud to partner with Bruce Power and the OHL to raise awareness of Childhood Cancer across Ontario,” said Lynn Wilson, Chief Development Officer at POGO.

The Bruce Power-sponsored games begin this evening in Kingston and Kitchener and continue through February 5.

About the Ontario Hockey League

The Ontario Hockey League is a proud member of the Canadian Hockey League which is the world’s largest development hockey league with 60 teams in nine Canadian provinces and five American states. In addition to the OHL, the CHL is made up of the Quebec Major Junior Hockey League and the Western Hockey League. Last season, more than nine million fans attended CHL games in the regular season, playoffs and at the MasterCard Memorial Cup. The CHL supplies more players to the National Hockey League than any other league. Last season 527 graduates attended Canadian Universities on scholarships from CHL teams.

About the Pediatric Oncology Group of Ontario

In 1983, a group of passionate and visionary pediatric oncologists founded the Pediatric Oncology Group of Ontario (POGO). Today, inspired by the children and families whose lives we strive to improve, we champion childhood cancer care on behalf of the childhood cancer community. POGO is the official source of advice on childhood cancer to the Ministry of Health; a trusted source of information among colleagues, parents, survivors and the public; and the longstanding leader of a collaboration among the five academic pediatric oncology programs and other stakeholders, which has resulted in a highly integrated childhood cancer system. Learn more at www.pogo.ca and follow us on Facebook, Twitter, LinkedIn, Instagram and YouTube.