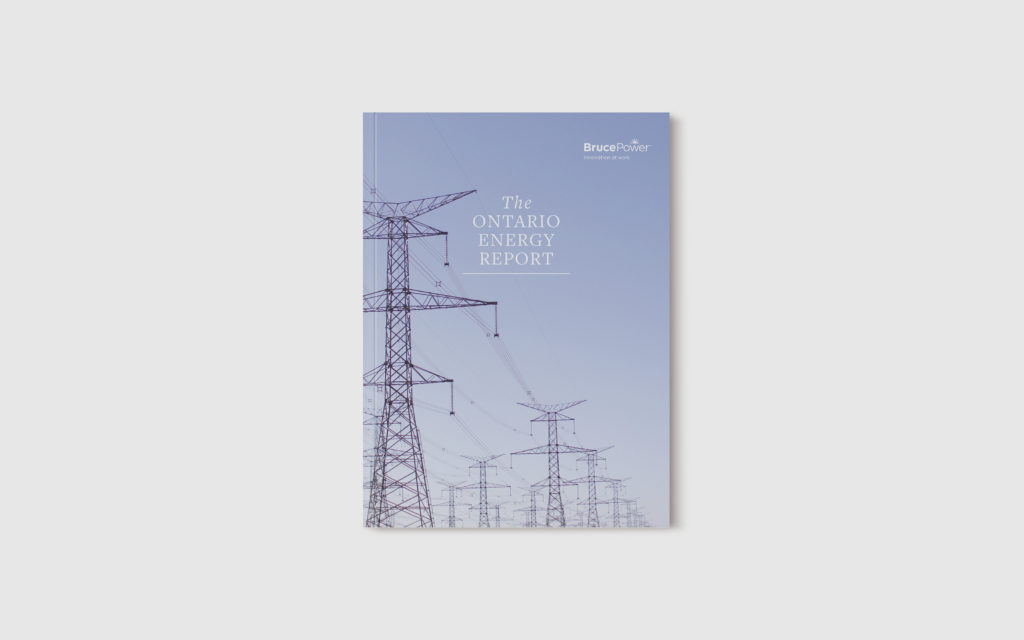 Bruce Power, on the eve of beginning the next phase of the company’s Life-Extension Program, released today its first-ever Ontario Energy Report at the Toronto Regional Board of Trade.

The report, which comes just days ahead of the start of the Major Component Replacement (MCR) Project with the refurbishment of the Unit 6 nuclear reactor, details Bruce Power’s support of the province in achieving several policy goals while advancing nuclear medicine and health care in Canada and around the world.

“Our Life Extension efforts are creating opportunities for people and communities with a focus on the environment, energy and the economy, and that’s why we are releasing this report,” said Mike Rencheck, President and CEO. “It’s important that we communicate these facts, and the intention of the Ontario Energy Report is to provide accurate, verifiable and concrete information.”

“Bruce Power is, and will continue to be, a major contributor to providing Ontario with carbon-free, affordable electricity that allows our province’s businesses to grow and our families to prosper, and life-saving medical isotopes to help people around the world.”

Highlights of the report include;

The report details Ontario’s leadership role as the first jurisdiction in North America to lead the way in ending its use of coal-fired electricity – a milestone that was achieved in 2014. Nuclear power has contributed immensely to a decrease in smog days across the province, from 53 in 2005 to zero in 2019.

“It is a priority for our company to continue working with other members of the nuclear industry, the medical community, scientists and educational institutions to produce existing and new isotopes that can improve people’s lives across Canada and internationally,” Rencheck said.