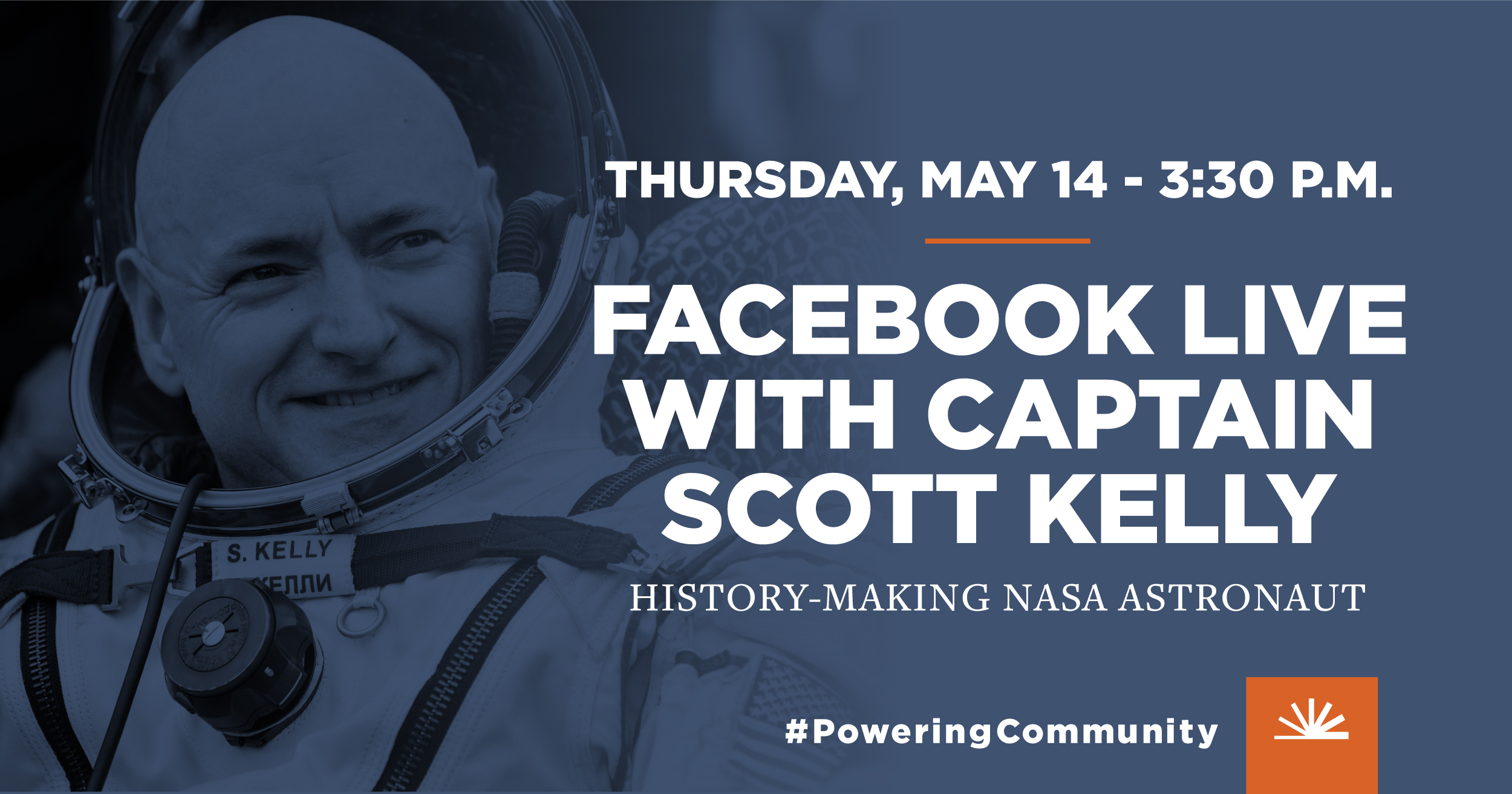 Captain Scott Kelly, the first NASA astronaut to complete a nearly one-year space mission, will share his story on living in isolation on the latest Bruce Power virtual information session around the COVID-19 pandemic.

Captain Kelly will present Tips On Living In Isolation during a Facebook Live event Thursday from 3:30-4:30 p.m. on Bruce Power’s Facebook page. Mike Rencheck, Bruce Power’s President and CEO, will join the retired NASA astronaut and U.S. Navy captain for the virtual event.

A veteran of four space flights, and a commander of the International Space Station on three expeditions, Captain Kelly was a member of an almost year-long mission to the station, the single longest space mission by an American astronaut. He was enrolled in a unique study that measured the impact of space travel on his body and compared it to his twin brother, Mark, also an astronaut who spent the same year on Earth.

Captain Kelly also wrote the best-selling Endurance: A Year in Space, A Lifetime of Discovery and Infinite Wonder: An Astronaut’s Photographs From a Year in Space, which is a collection of photos documenting his journey on the space station.

Thursday’s event will also include a question-and-answer session with Captain Kelly.