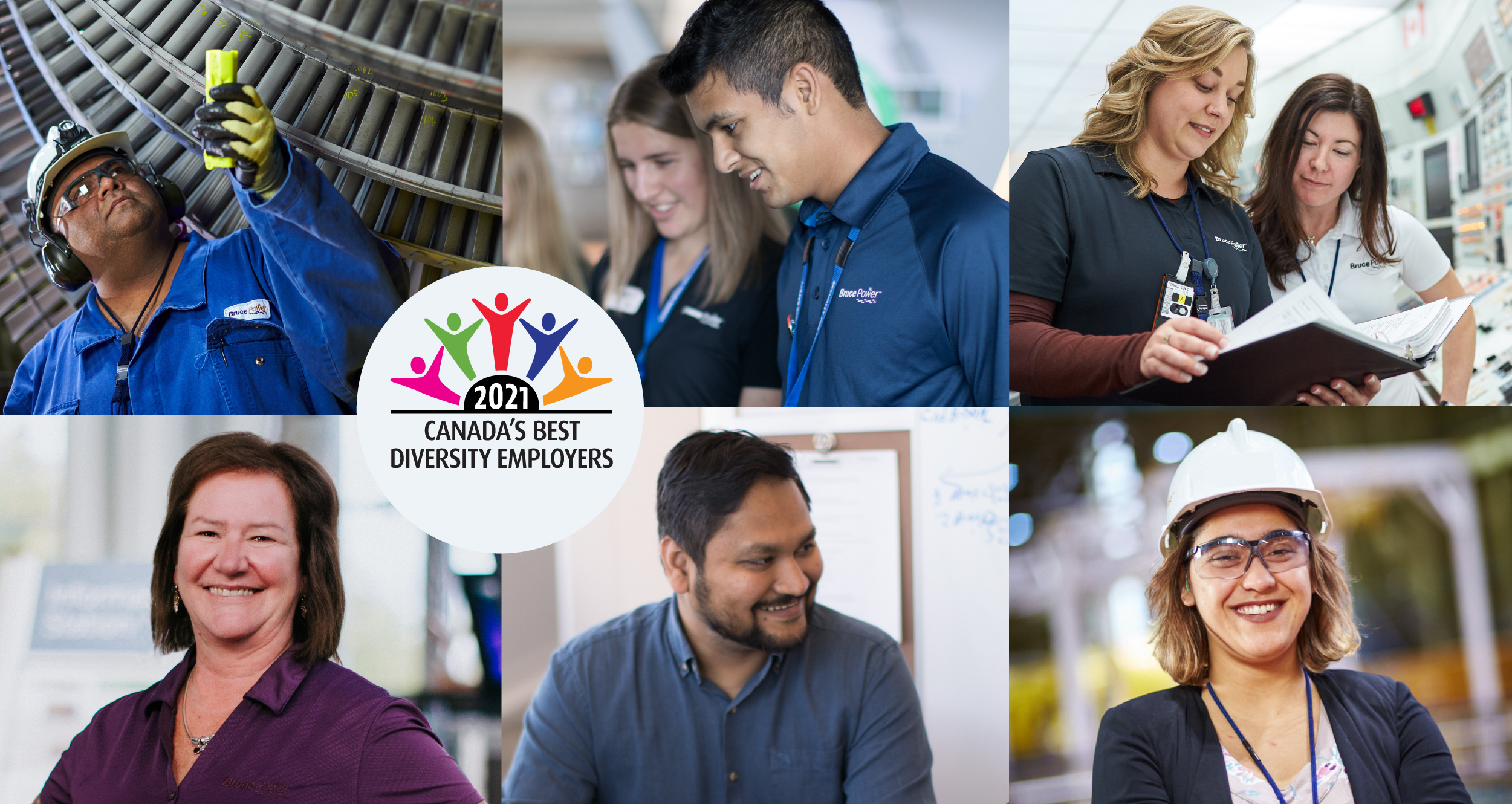 Bruce Power has been named one of Canada’s Best Diversity Employers in recognition of its exceptional workplace diversity and inclusiveness programs.

The Canada’s Top 100 Employers Project 2021 Best Diversity Employers list has recognized the company for its Diversity and Inclusion program, which incorporates diversity at every stage, from new hires to career advancement opportunities.

“Bruce Power has adopted a strong commitment to diversity and inclusion and has a strategic plan in place to ensure this commitment results in meaningful action,” said Cathy Sprague, Bruce Power’s Executive Vice President, Human Resources.

As a signatory of the Leadership Accord on Gender Diversity in the electricity industry, the company made a public commitment to promote the value of diversity and inclusion in their organizations. The Accord provides a platform to create a culture of equality and inclusion, while facilitating opportunities for women in traditionally male-dominated roles.

To that end, 25 per cent of hires into non-traditional roles (trades, maintenance, and operations) were filled by women in 2020, a large increase from five years ago. The company will continue to focus on increasing the number of women into roles where they are traditionally underrepresented along with members of visible minorities, persons with disabilities, Indigenous peoples and lesbian, gay, bisexual and transgender/transsexual peoples, Sprague said.

“Building a more diverse and inclusive workforce is good for business. With more perspectives comes greater creativity and innovation, which sets us up for success as we work towards a clean energy future for Ontario and Canada.”

Bruce Power is also committed to strengthening its relationship with the Indigenous communities of the Saugeen Ojibway Nation, which includes the Saugeen and Chippewas of Nawash Unceded First Nations, as well as the Georgian Bay Métis Nation of Ontario and the Historic Saugeen Métis. Through the Indigenous Employment Program, the company is committed to increasing Indigenous employee presence at Bruce Power, as well as within its supplier, contractor and union workforces. Additionally, the program facilitates continued relationship building between the Indigenous communities and Bruce Power, while working to remove barriers to employment. Since 2014, the company has maintained a Gold certification for Progressive Aboriginal Relations through the Canadian Council for Aboriginal Business.

In 2020, Bruce Power was among 300 Canadian companies to sign the BlackNorth Initiative to acknowledge the existence of and work towards ending anti-Black systemic racism, and has committed to actionable goals outlined in the pledge. In addition, the company partnered on the Nuclear Against Racism commitment, an industry initiative that will make impactful change together.

Now in its 14th year, Canada’s Best Diversity Employers recognizes employers across Canada that have exceptional workplace diversity and inclusiveness programs. This competition recognizes successful diversity initiatives in a variety of areas, including programs for employees from five groups:  women; members of visible minorities; persons with disabilities; Indigenous peoples; and lesbian, gay, bisexual and transgender/transsexual peoples.

For a full list of winners and more information, visit www.canadastop100.com/diversity.