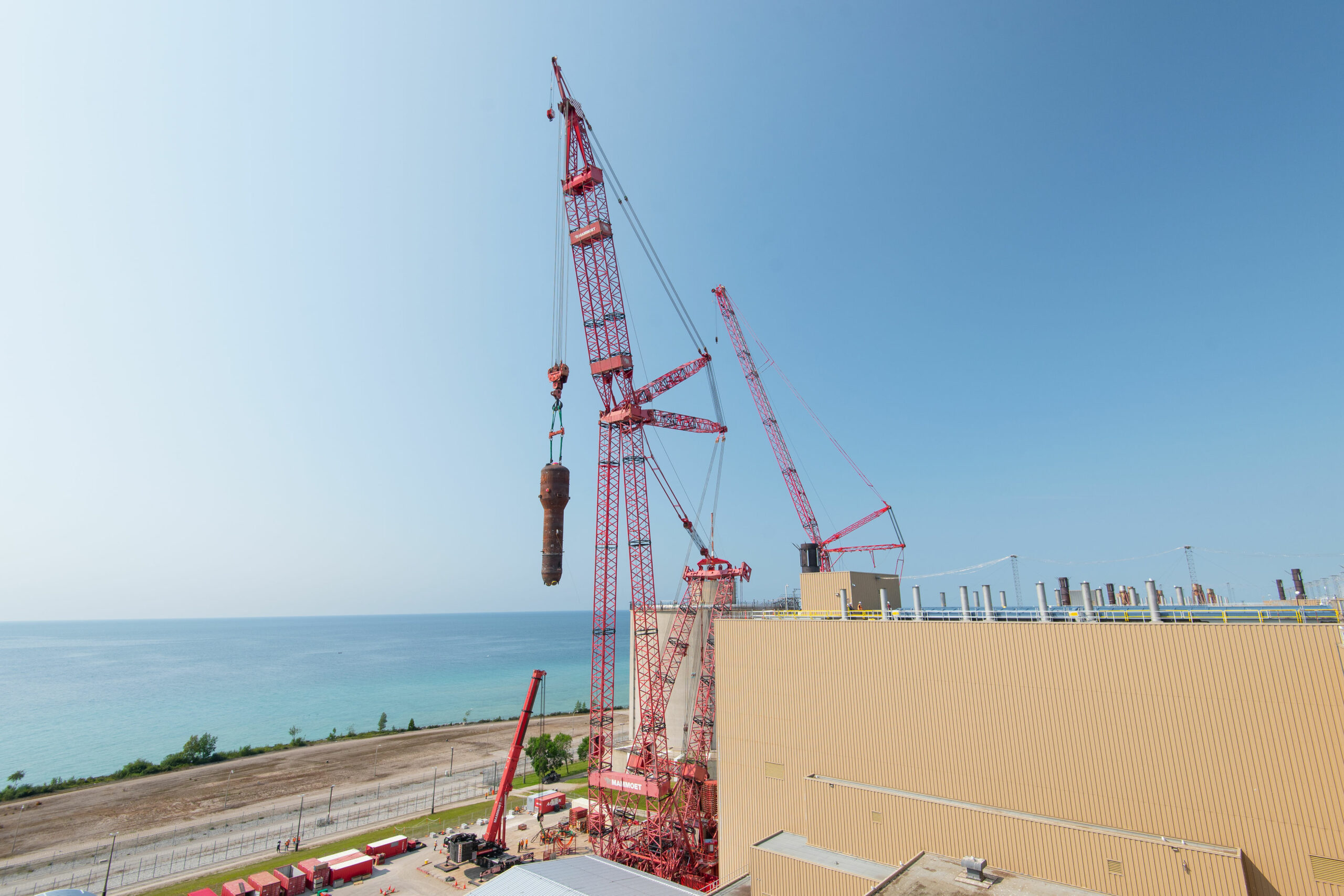 Bruce Power’s Unit 6 Major Component Replacement (MCR) Project reached a much-anticipated milestone on July 23 with the successful removal of the first steam generator from the station.

Unit 6 contains eight steam generators which are arranged vertically in two columns of four on the east and west side of the reactor. Each steam generator weighs approximately 320,000 pounds and will be lifted through the powerhouse roof enclosure using Mammoet’s PTC-35 crane. This 1,600-ton capacity crane is one of the largest in the world and features a boom the length of a hockey rink that can stretch over the (7 storeys tall) station and reach the inner-most steam generators.

The new steam generators were fabricated at BWXT in Cambridge and shipped to site in late 2020. Laser topography was conducted on the steam generators to transform them into a 3D layout to verify dimensions prior to the first lift. These will be set in place by Building Trades within a few millimeters tolerance.

The Steam Generator Replacement Team (SGRT), a 50/50 joint venture between Aecon and SGT (a partnership between Framatome and United Engineers & Constructors), is Bruce Power’s vendor responsible for removing the Unit 6 steam generators and was recently awarded a contract to replace the steam generators at Units 3 and 4.

“This first lift was preceded by a half a decade of preparations and was completed successfully thanks to our safe work plan, highly skilled construction trades as well as strong collaboration and communication with our vendor partner, SGRT,” says Eric Chassard, Executive Vice President, Projects & Engineering, Bruce Power. “The team is now focused on the safe execution of the fifteen remaining lifts, which will be finished next month. We’re looking forward to marking off another successful milestone for the MCR project.”