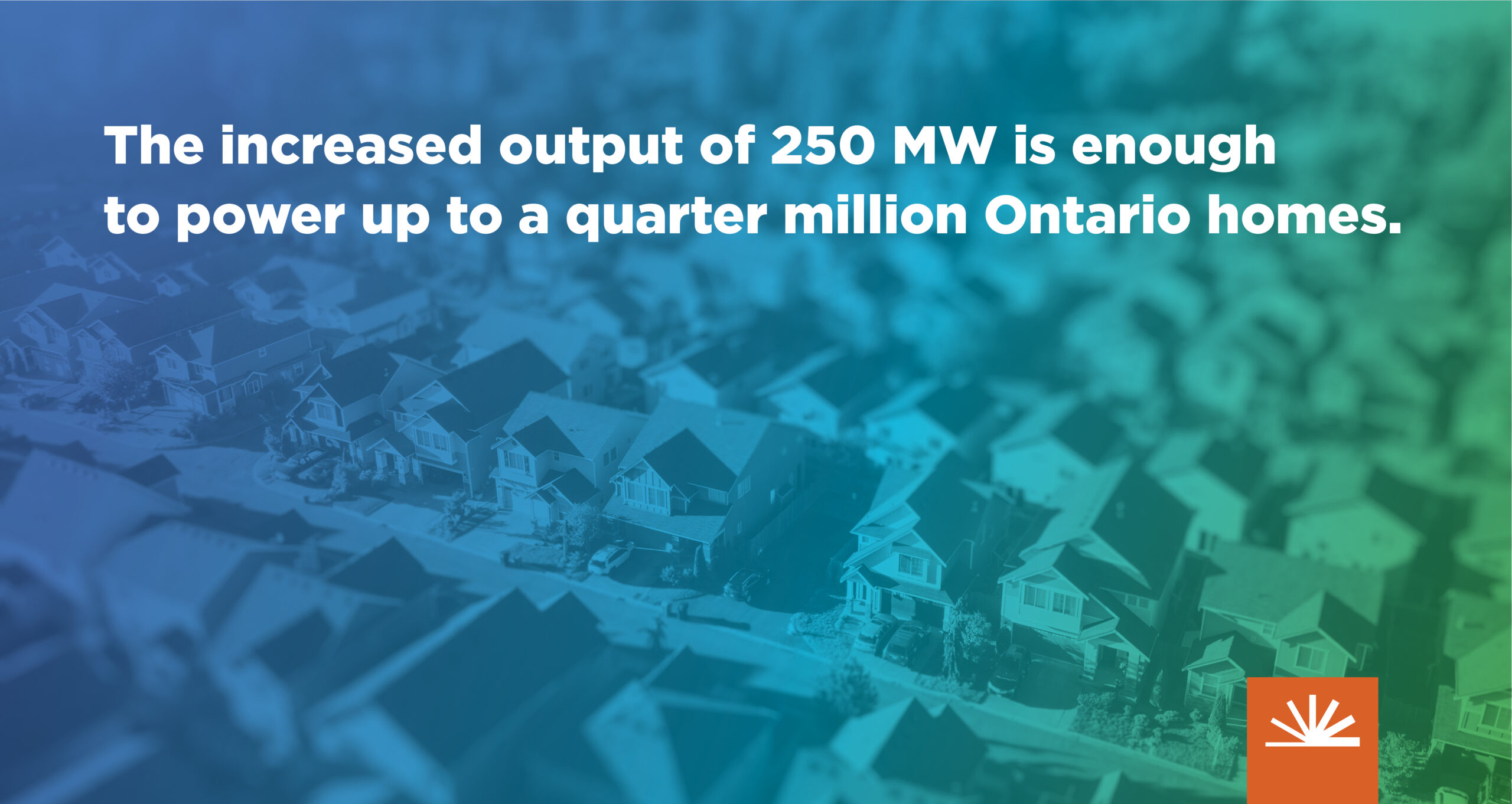 Bruce Power announced today a number of key milestones in the implementation of its ‘Made in Ontario’ economic recovery plan including increased power output and an isotope harvest later this year to fight the COVID-19 pandemic worldwide.

“We are moving forward with our five-point economic recovery plan and today’s milestones demonstrate we’re advancing this at a time when our province and our planet need it most,” said Mike Rencheck, Bruce Power’s President and CEO. “By achieving a new site peak output and building towards a goal of 7,000 megawatts by 2030, we’re supporting Ontario’s recovery while also meeting climate change targets and providing the medical isotopes the world needs.”

The new site generation peak is 6,550 megawatts (MW), an increase from 6,300 MW in 2016, which has been achieved through investments and innovations in the facility, and is enough to power up to 250,000 Ontario homes, businesses and hospitals.

“Ontario’s nuclear industry is well prepared to support the creation of new opportunities for growth, jobs and drive emissions reductions,” said Hon. Todd Smith, Minister of Energy. “By increasing its energy output, Bruce Power is leading the way, providing clean energy to hundreds of thousands of additional homes, while at the same time harvesting medical isotopes that will save lives, including in the fight against cancer.”

Bruce Power also announced a Cobalt-60 isotope harvest later this year. The medical isotopes will be sent to Ottawa-based Nordion for processing and distribution, and will provide enough isotopes to sterilize 10 billion pairs of surgical gloves and COVID swabs. Isotopes from the harvest will also be used in the treatment of breast cancer and brain tumours.

“Baseload, clean nuclear power and medical isotopes play key roles in our everyday lives, and COVID-19 certainly accentuated the importance isotopes play in the sterilization of critical supplies and our health care system,” said Bill Walker, MPP for Bruce-Grey-Owen Sound. “Well done to the team at Bruce Power and best of continued success.”

The company also launched ‘Project 2030’ with the goal of achieving a site peak of 7,000 MW by 2030 in support of climate change targets and future clean energy needs. Project 2030 will focus on continued asset optimization, innovations, and leveraging new technology, which could include integration with storage and other forms of energy to increase the site peak at Bruce Power.

“Project 2030 is an impressive goal and one that I know will be reached by Bruce Power,” said Lisa Thompson, Minister of Agriculture, Food and Rural Affairs, as well as MPP for Huron-Bruce. “Their commitment to expanding the supply of affordable energy while also meeting climate change targets is commendable and I congratulate everyone involved.”

A feasibility review of opportunities is being conducted to achieve this 2030 goal, and individual initiatives will be announced as they are approved.