Bruce Power’s Leadership Team is responsible for more than 4,000 employees who work to provide Ontario with over 30 per cent of its electricity. 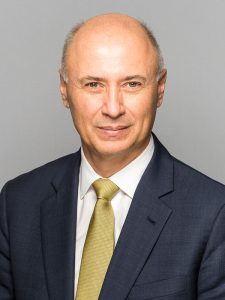 Michael W. Rencheck is President and Chief Executive Officer of Bruce Power. Bruce Power provides over 30% of the electricity for Ontario, and produces medical grade isotopes that help to sterilize 40% of the single-use medical devices around the world, while also treating cancer. Bruce Power provides electricity from eight nuclear reactors, and a five-turbine wind energy facility. We believe in our social responsibility and have award-winning economic development and community betterment initiatives.

Over the last 36 years, Mike has served in a number of roles. Prior to joining Bruce Power in 2016, he served as the Deputy Chief Operating Officer for AREVA Group, overseeing its extensive global capital portfolio of nuclear and renewable projects. Prior to this, he served as President and CEO of AREVA Inc. in North America, leading its diverse nuclear manufacturing and services business in Canada and the United States with a workforce of about 5,000 people.

Prior to joining AREVA, Mike was the Senior Vice President and Chief Nuclear Officer at American Electric Power (AEP). AEP is a major investor-owned electric utility in the United States, delivering electricity to more than five million customers in 11 states, with 38,000 megawatts of generation assets.

After joining AEP in 1998 as VP of Nuclear Engineering, Mike held various positions during his tenure, including Senior Vice President of Engineering, Projects and Field Services, where he led an extensive capital expansion program and strategic initiatives; Senior VP of Engineering, Technical and Environmental Services; and President of AEP ProServ, a wholly-owned engineering and field services subsidiary responsible for major power generation projects and outage management.

In 2014, Mike was recognized by the National Safety Council for his leadership demonstrating a personal commitment to worker safety and health as part of “CEO’s who get it.” He was designated by the U.S. Department of Energy as a STEM ambassador, and served as a member of the Board of Directors of the Virginia Nuclear Energy Consortium Authority. Mike currently sits on the board of directors of the Nuclear Energy Institute.

He also has demonstrated a commitment to many organizations that make a difference in people’s lives including Habitat for Humanity and the United Way.

He is a Professional Engineer and certified senior reactor operator and currently serves on the Advisory Councils of several small modular reactor companies. 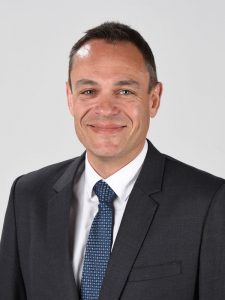 Eric had previously been with Hitachi UK, where he was the Director of Menter Newydd, a joint venture between Bechtel, Hitachi and JGC, responsible for the Engineering Procurement Construction and Commissioning of the Wylfa Nuclear Power Plants.

Prior to joining Hitachi, Eric spent the majority of his career with Areva as a Senior Executive Vice-President with direct responsibility for covering worldwide Engineering and Project Activities. At Areva, Eric also held a variety of senior roles including Operations Manager, Safety and Product Engineer, Project Manager of the Celestin reactors life extension, Productivity Improvement Director, Vice-President for the Fuel Business and Executive Vice-President of Shaw AREVA MOX Services, LLC. 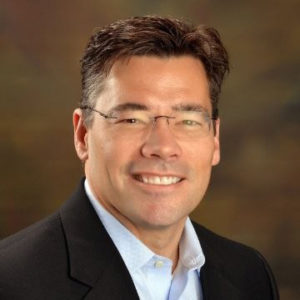 Chris has more than 33 years of experience in the nuclear power industry, with leadership roles in operations, engineering and projects.

Chris has a B.S. in Electrical Engineering from Lehigh University and has received management and leadership certifications from the Harvard Business School, and the Exelon Leadership Institute through Northwestern University. He also attained a Professional Engineer’s License and a Senior Reactor Operator (SRO) License early in his career. 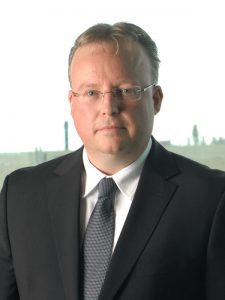 Kevin brings more than 25 years of experience in the areas of strategic and operational planning, financial reporting and cost management, treasury, taxation, pension and insurance. More recently, he was part of the Bruce Power team which successfully negotiated a long-term commercial framework with the Province of Ontario enabling the life extension of the facility up to 2064.

Prior to his role at Bruce Power, Kevin was responsible for setting up the reporting and governance structure for British Energy in North America. During this time he also served on the due diligence and transition team focusing on the transaction between Bruce Power and Ontario Power Generation. Kevin has also worked at BDO’s Toronto office where he was responsible for managing various operational and financial client groups that consisted of both owner-managed businesses and public companies.

Kevin is a graduate of the Massachusetts Institute of Technology (MIT) Reactor Technology Course for Utility Executives. He is a CPA and received his Chartered Accountant (CA) designation from the ICAO in 1997 and holds a Bachelor of Accounting degree from Brock University. 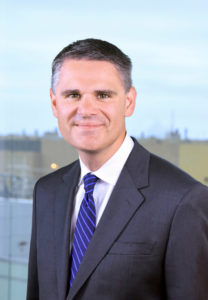 He is committed to Canada’s leading global role in the fight against cancer serving as Chair of the Canadian Nuclear Isotope Council and the Pediatric Oncology Group of Ontario (POGO) and as a Board Member on the Brain Tumour Foundation of Canada. He also serves on the Board of LifeLabs, Canada’s largest provider of medical laboratory services.

James has an Executive MBA from London’s Ivey Business School. James also holds a Master’s Degree from the University of Guelph College of Management and Economics in Leadership and a BA (Hons) and has completed Master’s-level Project Management certification through York University’s Schulich Business School. He is a graduate of the US-based Institute of Nuclear Power Operations Senior Plant Manager Program and the Bruce Power Nuclear Operations Executive Fundamentals Program.

He has been awarded the Provincial Diamond Leadership Award by Easter Seals for his work supporting the organization and kids with physical disabilities and is a recipient of Canada’s Top 40 Under 40. 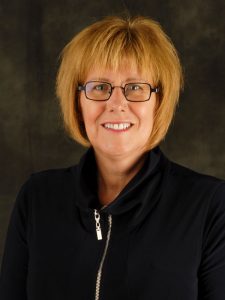 Along with the Chief Executive Officer and the other Executive Vice-Presidents, she also serves as a member of the Bruce Power Executive Team and is a member of the management committees dealing with pension administration, human resources and code of conduct. Prior to joining Bruce Power, Cathy most recently served as Corporate Vice-President of Human Resources with J.D. Irving (Irving Group of Companies) in New Brunswick.

From 1998 to 2007, Cathy was the Executive Director of Human Resources at the Canadian Broadcasting Corporation with overall responsibility for CBC Radio, CBC Television and digital platforms. In her role, she led a full range of human resource and labour relations activities for the Corporation’s 10,000 employees.

Cathy graduated from Mount Saint Vincent University, holds a Bachelor of Commerce from St. Mary’s University and a Master of Business Administration from Athabasca University. In addition, she is a graduate of the ICD Program from the Rotman School of Business and holds the ICD.D designation through the Institute of Corporate Directors.