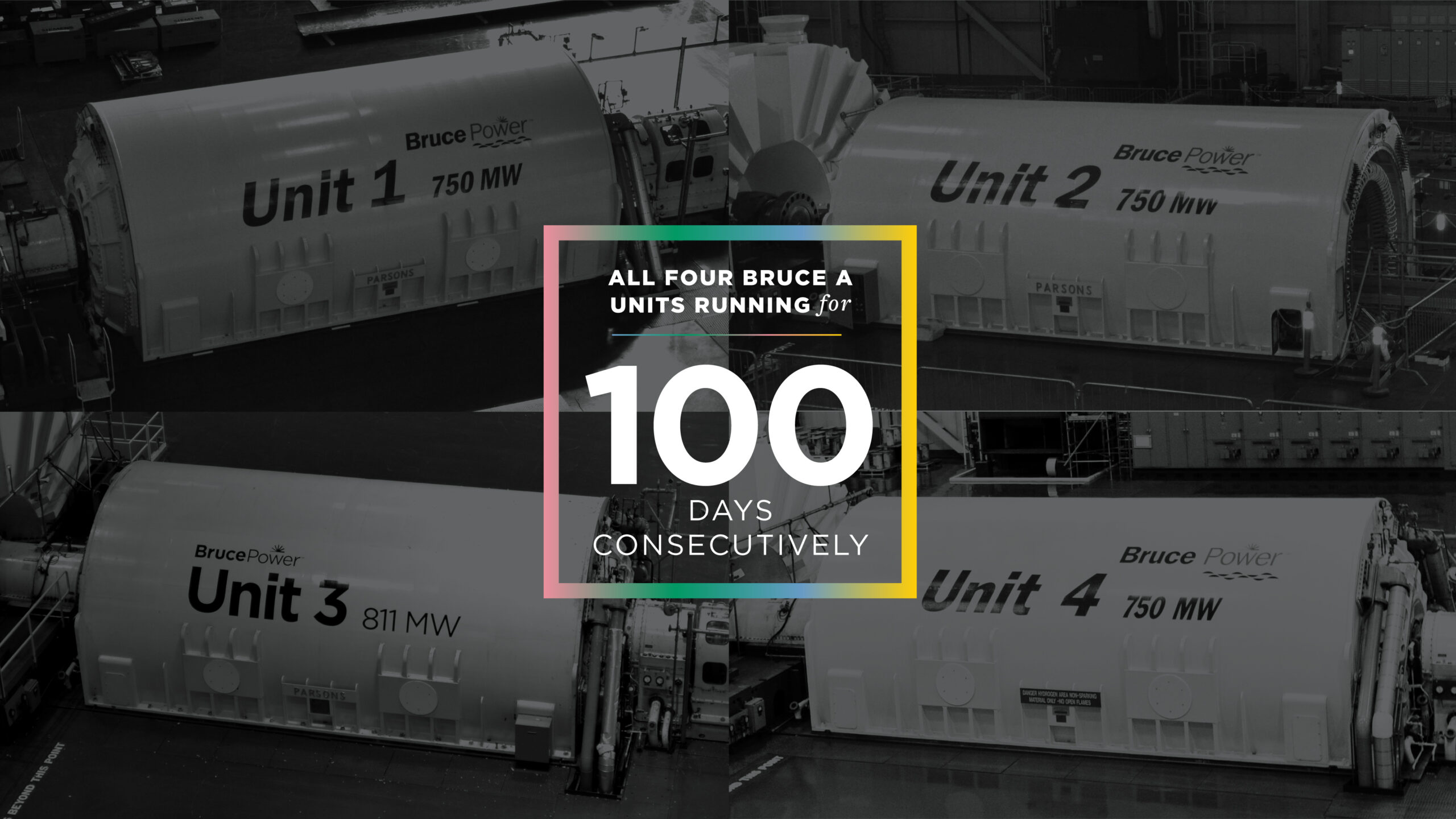 Bruce Power’s Bruce A units reached a new record of 100 days of continuous operation for all four units, helping the company continue to provide clean, reliable and low-cost electricity to one in three homes, hospitals and businesses in Ontario.

“Ontarians count on Bruce Power to provide a reliable source of clean energy,” said Chris Mudrick, Bruce Power’s Executive Vice-President and Chief Nuclear Officer. “Our continued success in maintaining fleet reliability and providing a dependable source of power to the province is the result of a commitment to excellence and hard work by our employees and supply-chain partners.”

The four units in the Bruce A station were shut down and placed in layup by the former Ontario Hydro between 1995-1998, and were returned to service by Bruce Power, starting with Unit 3 in 2004.

In 2014, the Ontario government closed its final coal plant in what is considered the largest clean-air initiative in North America. Bruce Power, in returning Units 1-4 to service of the previous decade, provided the government with 70 per cent of the carbon-free energy it needed to shut down coal.

In October 2021, Bruce Power announced a new site generation peak of 6,550 megawatts (MW), an increase from 6,300 MW in 2016, which has been achieved through investments and innovations in the facility, and is enough to power up to 250,000 Ontario homes.