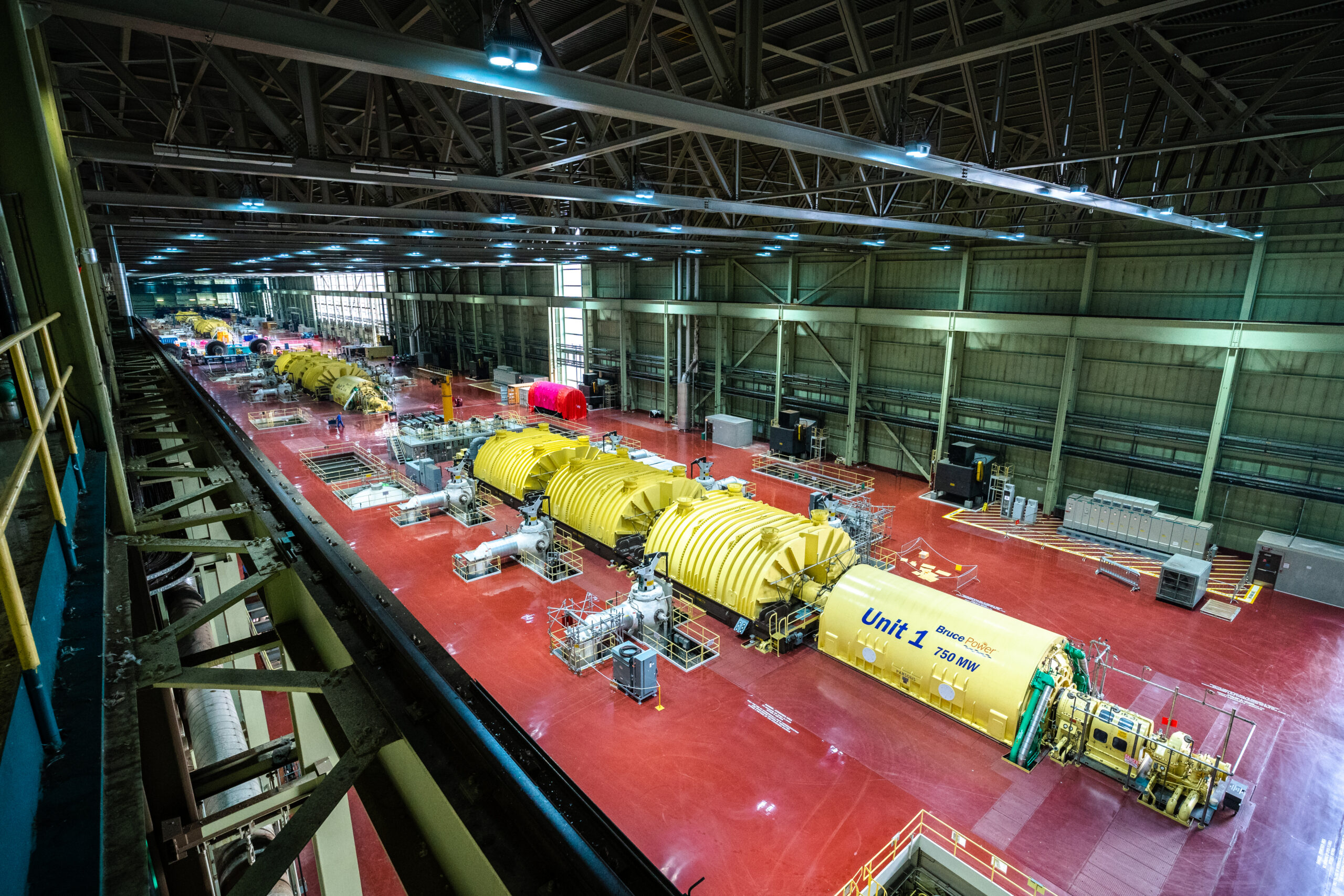 After recently completing planned maintenance activities, Bruce Power’s Unit 1 is now capable of producing even more reliable, carbon-free electricity for the families and businesses of Ontario.

Unit 1’s maximum net capability has been raised by 6 Megawatts (MW) to 821 MW, and the unit is now capable of powering about 820,000 Ontario homes and businesses.

This increase was accomplished by installing improvements to the unit’s main output transformer, generator, and seal oil system, among other asset investments. This work was completed as part of Project 2030, which will see Bruce Power invest in innovative upgrades through its Life-Extension Program to raise its eight-unit maximum capability to 7,000 MW by 2030.

The Bruce Power site currently has an eight-unit capability of 6,550 MW.

“When Bruce Power restarted the Bruce A units between 2003 and 2012, after they had been shut down by the former Ontario Hydro in the 1990s, Units 1-4 were each capable of providing 750 MW of clean electricity,” said Gary Newman, Chief Engineer and Senior Vice President, Engineering and Projects. “Through innovative thinking and a focus on investing in key equipment upgrades during planned maintenance outages over the past decade, we have already added 445 MW of carbon-free electricity to Ontario’s grid from Bruce A.”

Later this year, Unit 2 will also undergo many of the same improvements during a planned maintenance outage, also raising its maximum net capability.