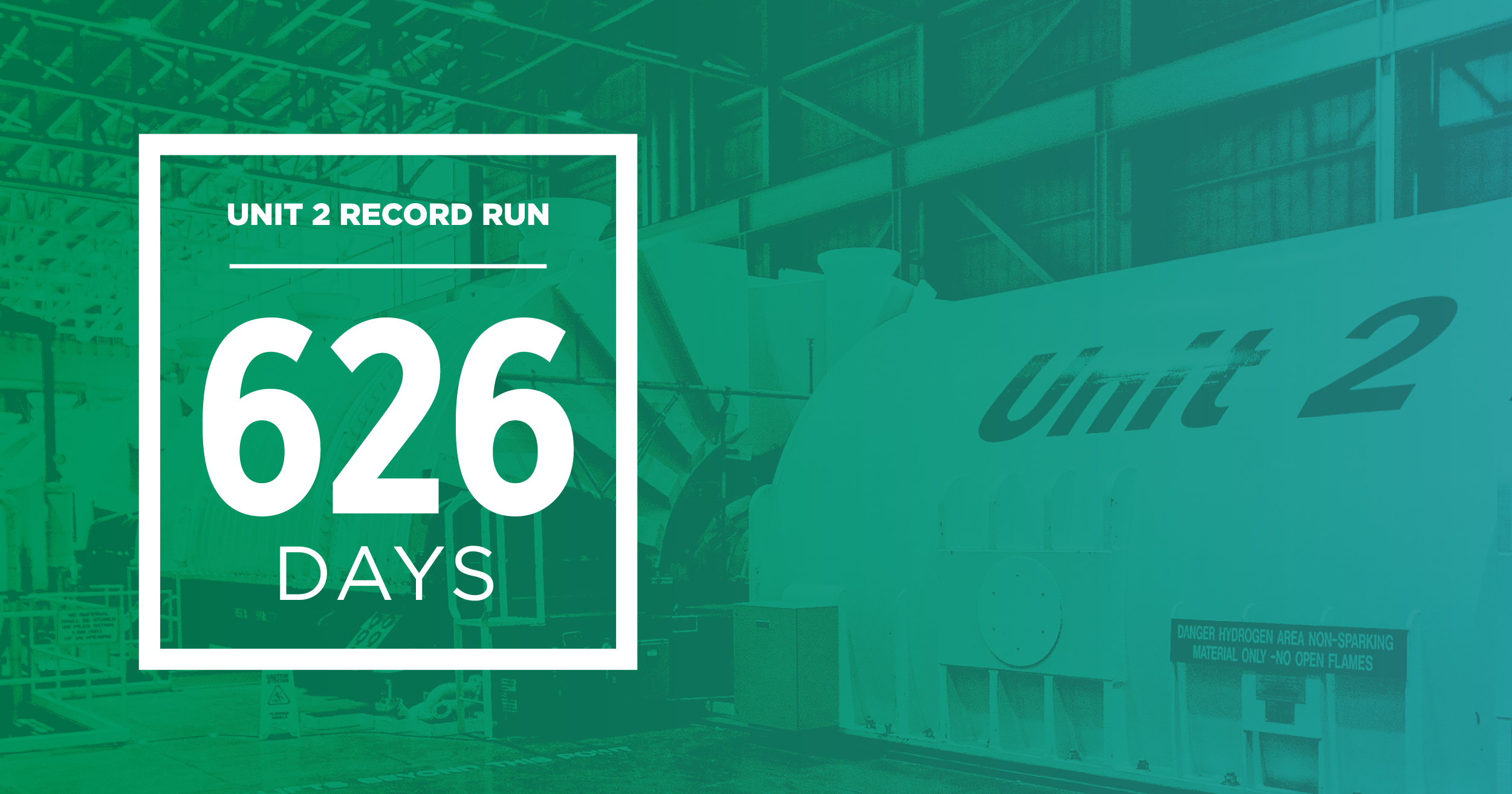 Bruce Power’s Unit 2 achieved a record run of 626 consecutive days of providing clean, reliable electricity to the province before it was removed from service May 5 for a planned maintenance outage.

Unit 2 eclipsed its previous post-restart record of 282 days during this run that began in August 2020, contributing clean, reliable power to Ontario every hour of every day throughout the COVID-19 pandemic.

This milestone comes in the reactor’s 45th year since being put into service in 1977 and is significant as it demonstrates the value of refurbishing Ontario’s nuclear fleet, as the unit was restarted in 2012 after being laid up in 1995 by the former Ontario Hydro.

Bruce A was one of the top performing nuclear plants in the world in the early-1980s. In 2007, Unit 2 made history with the first successful replacement of a steam generator in a Canadian nuclear plant.

In 2012, a refurbished Unit 2 was returned to service, 17 years after being mothballed, and, in 2014, Bruce A’s four units provided 70 per cent of the clean energy the province needed to shut down its final coal plant, providing cleaner air for the people of Ontario.

“The strong performance of Unit 2 following its refurbishment shows that we can successfully extend the life our units,” said Chris Mudrick, Bruce Power’s Executive Vice President and Chief Nuclear Officer. “With the Unit 6 Major Component Replacement (MCR) Project progressing well and plans in place to refurbish Units 3, 4, 5, 7 and 8 over the next decade, we’re committed to helping the province achieve its Net Zero goals by providing safe and reliable energy for decades to come.”

As part of activities in the $80 million maintenance and inspection program, Unit 2 will be capable of producing more reliable, clean electricity for the families and businesses of Ontario. Unit 2’s gross peak capability will be raised by 39 megawatts (MW) to 880 MW, following this outage, building on innovative system improvements made during the original Unit 2 restart and then subsequent maintenance outages. Specifically during this outage, significant planning has gone into innovation, with improvements being made to the transformer system, which connects the unit to the Ontario grid, and several generator support systems.

This work is part of Bruce Power’s Project 2030, which will see the company invest in innovative upgrades to raise its eight-unit maximum capacity to 7,000 MW by 2030. The Bruce Power site currently has an eight-unit capability of 6,550 MW.