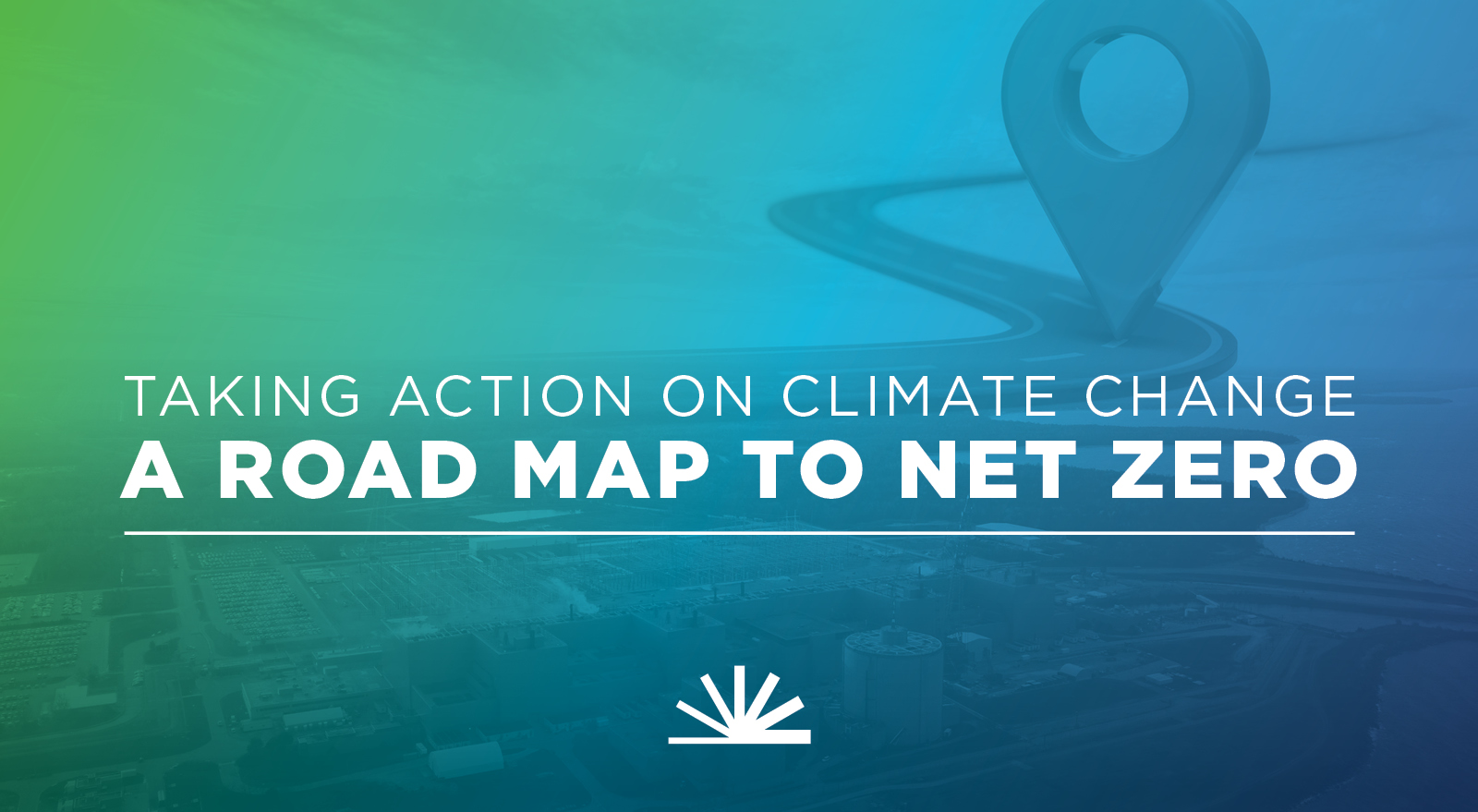 At a virtual event held today at the Nuclear Innovation Institute, Bruce Power unveiled its Road Map to Net Zero and the progress it’s making through this multi-faceted action plan to tackle climate change and support Net Zero goals of Ontario and Canada.

Building on the leadership role and successful track record Bruce Power and the nuclear industry have played by phasing out coal in Ontario, the Road Map to Net Zero lays out specific actions and commitments to innovation in the Clean Energy Frontier region that will advance the fight against climate change while creating good jobs and benefitting ratepayers.

“Electricity generation is fundamentally linked to climate change and decarbonization, and nuclear is an integral part of our clean energy mix,” said James Scongack, Bruce Power’s Chief Development Officer and Executive Vice President, Operational Services. “We are investing in our nuclear fleet to continue to provide clean, reliable energy to Ontarians for decades to come, and our action plan leverages Ontario’s nuclear advantage to help achieve our climate targets.”

According to a 2022 report from GHD Limited, Ontario produced a quarter (26 per cent) of Canada’s overall electricity in 2019, but accounted for only six per cent of the country’s total emissions from electricity generation, with nuclear power providing 60 per cent of Ontario’s energy needs daily.

However, the Independent Electricity System Operator (IESO) projects a need to increase electricity production in the province due to rising demand and reduced nuclear supply due to refurbishments and the planned end of commercial operations of the Pickering nuclear plant by 2025. There is also a risk that as a result of increased demand, the annual emissions from electricity generation in Ontario could increase by 120 per cent by 2030.

With the projected increase in emissions from electricity production over the next decade, a range of solutions are required to advance Ontario and Canada’s climate goals. Bruce Power’s Road Map to Net Zero builds on the momentum of the company’s NZ-2050 strategy to contribute to a Net Zero Canada, while growing the economy and supporting innovation.

In addition, to advance its Net Zero 2027 commitments where further emissions reductions are not feasible, Bruce Power will leverage carbon offset credits, including its $1 million Carbon Offset Accelerator Fund in partnership with the Nuclear Innovation Institute. This fund supports grassroots initiatives in the Clean Energy Frontier region of Grey, Bruce and Huron counties that both remove and offset carbon emissions. Most recently through the program, Bruce Power announced a partnership with ALUS Canada to work with local farmers and ranchers to advance nature-based projects on agricultural land.

“Through Bruce Power’s Carbon Offset Accelerator Fund, ALUS is proud to partner with Bruce Power and the Nuclear Innovation Institute and work on projects in ALUS Grey-Bruce,” said Bryan Gilvesy, CEO of ALUS. “This initiative will lead to measurable environmental impacts and the protection and enhancement of local ecosystems.”

GHD Limited (GHD) partnered with Bruce Power to develop a strategy to achieve its 2027 commitments and report on the energy sector’s role in Net Zero.

“Ontario’s electricity grid is 94 per cent emission-free and nuclear power makes up a large part,” said Jason Clarke, Senior Advisor, GHD. “To meet future demand and continue progress towards a Net Zero grid, we will need incremental output from existing clean energy assets such as nuclear, as well as investment in other clean energy resources.”