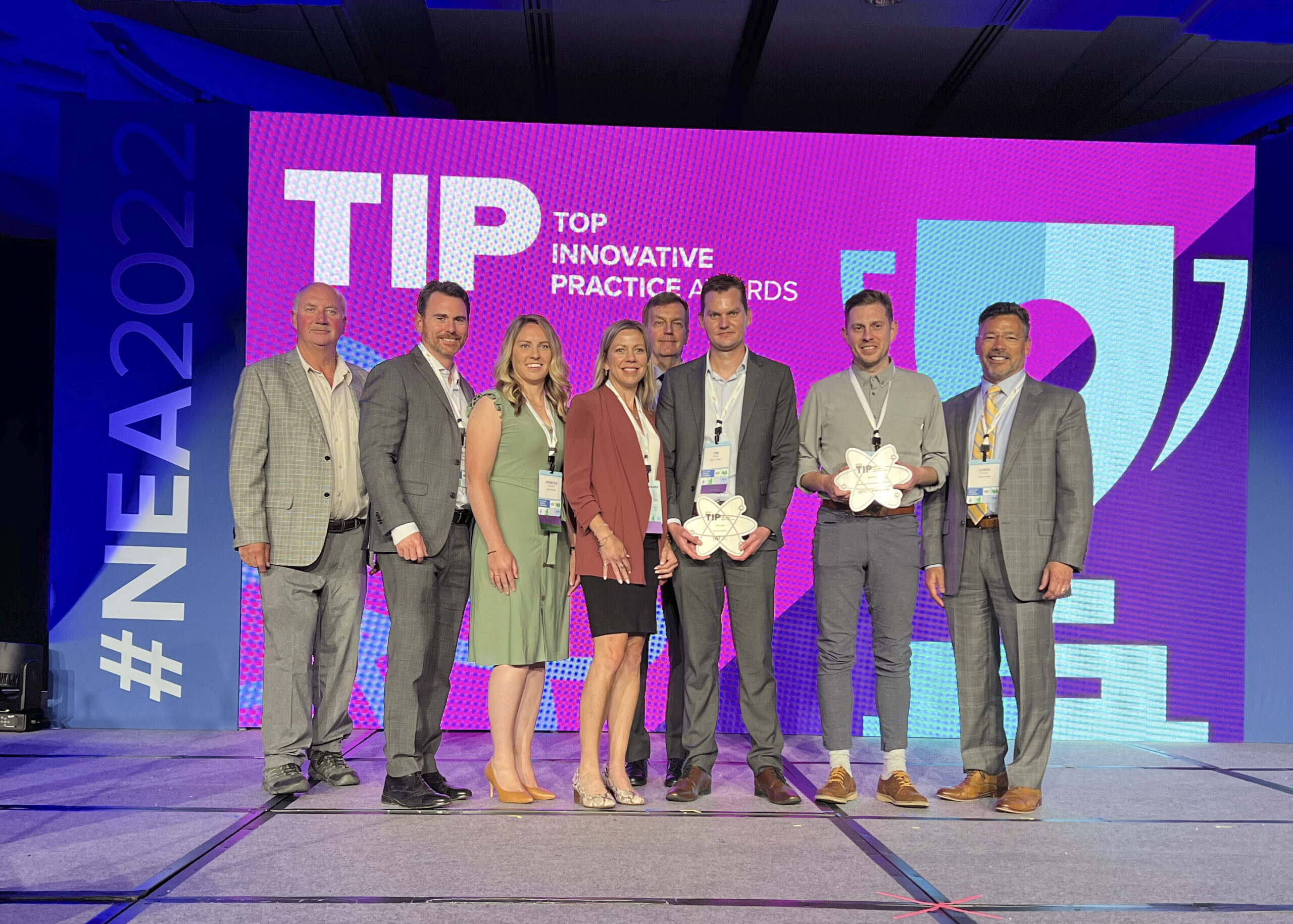 Bruce Power has been awarded two industry Top Innovative Practice (TIP) awards for its work with Isogen on a novel Isotope Production System, and for the company’s $500 million issuance of the first Green Bond globally for nuclear power.

“We are proud to be the recipient of two TIP awards for two first-of-a-kind projects at Bruce Power,” said Mike Rencheck, Bruce Power’s President and CEO. “These awards recognize the hard work, knowledge, and innovative spirit of our employees and partners. The landmark projects behind these awards are a great example of the kind of the entrepreneurial spirit that Bruce Power strives for, while continuing to deliver clean, affordable, and reliable electricity for the businesses and homes of Ontario, as well as life-saving medical isotopes for the world’s health care community.”

Bruce Power’s Green Bond Financing Initiative award was presented for the historic milestone of Bruce Power achieving the first issuance of Green Bonds in the nuclear industry. The $500 million bond issuance, completed in November 2021, was made possible by Bruce Power’s track record of delivering clean, emission-reduction projects and its leadership in environmental stewardship, which includes being a major factor in how Ontario phased out coal-fired electricity, its commitment to be Net Zero by 2027 in support of a Net Zero Canada by 2050, and the launch of Bruce Power Net Zero Inc.

“The Green Bond initiative was a few years in the making, and the success of the initiative speaks to the support of nuclear as a technology to fight climate change and ultimately move towards a Net Zero future”, said Kevin Kelly, Chief Financial Officer and Executive Vice President, Finance. “I’d like to acknowledge the hard work of our team on this first-of-its-kind initiative, and hope it offers a blueprint for others in the nuclear industry to follow in generating their own Green Bond initiatives as a way to involve nuclear technologies as a part of the long-term solution to fighting climate change.”

The second award, received for Innovation in Medical Isotope Production, was presented for Bruce Power’s work on a first-of-its-kind Isotope Production System (IPS).  The project, which began in 2018, was developed in partnership with Isogen (a joint venture between Framatome and Kinectrics) to produce Lutetium-177, a short-lived medical isotope used to treat certain cancers, leveraging Bruce Power’s nuclear infrastructure as the backbone.

In June 2022, Bruce Power became the first commercial power reactor in the world to produce Lutetium-177.

“The Isotope Production System is the result of years of hard work by hundreds of people among Bruce Power, Kinectrics, Framatome, and all of our partners,” said Peter McDermid, Director, Istotopes and Site Energy Development. “This IPS is a game-changer for the global healthcare system, providing unprecedented access to short-lived medical isotopes which will be used to treat cancer patients around the world. Bruce Power is proud of the part we play in producing these medical isotopes, and in the recognition of this groundbreaking achievement in the nuclear industry through this award.”

Learn more about the Green Bond Initiative, at www.brucepower.com/green-financing-framework.

Learn more about how isotopes help to keep hospitals safe, as well as diagnose and treat cancer at www.brucepower.com/isotopes.