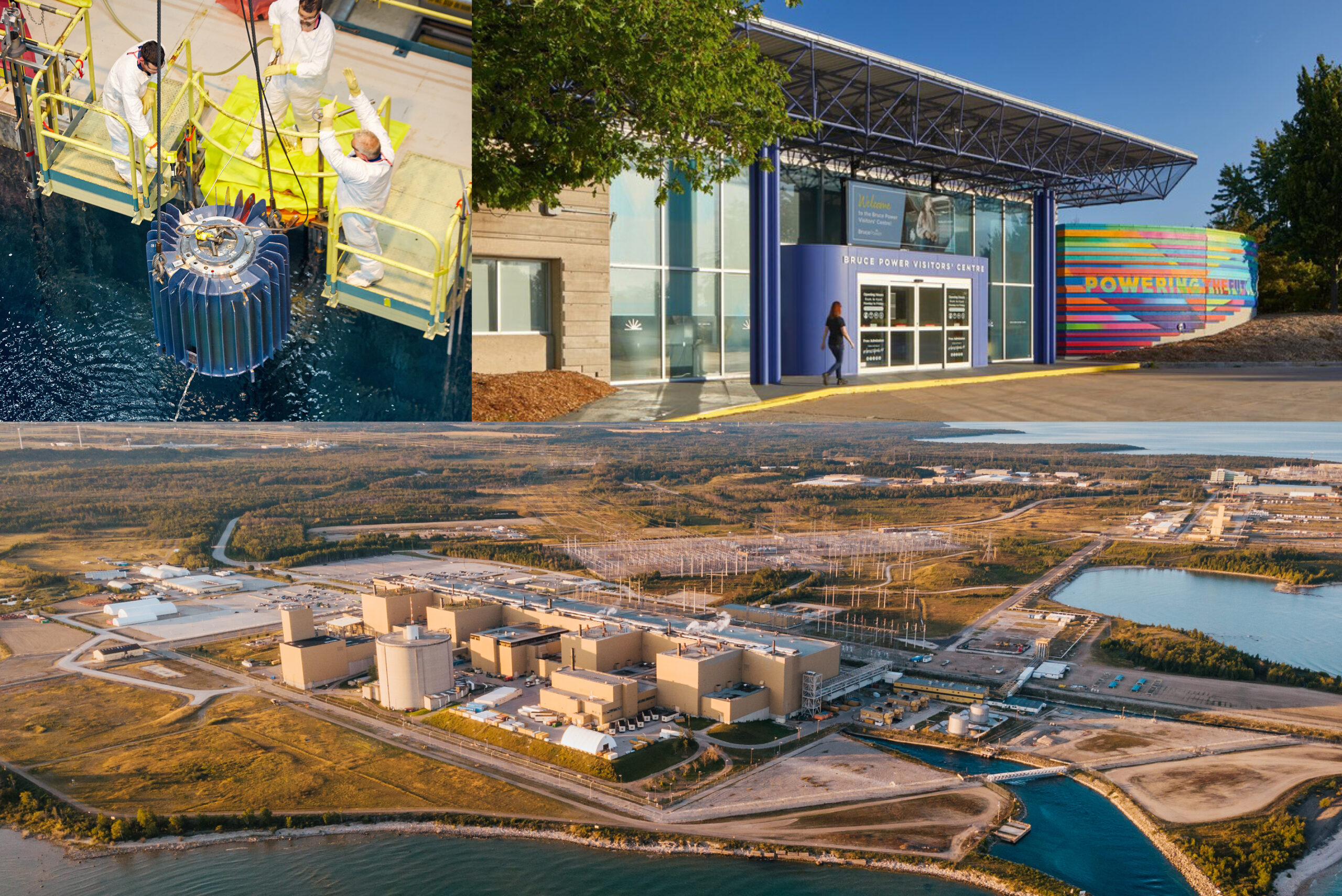 Bruce Power marked a successful 2022 by delivering on its mission of safely providing clean, reliable power for the people of Ontario while also stabilizing the world’s supply of cancer-fighting medical isotopes, strengthening our communities and protecting the environment.

This was only possible through the hard work of the company’s employees and the support of many stakeholders, partners and suppliers.

“It was a satisfying year for Bruce Power and everyone who worked so hard to make 2022 a success,” said Mike Rencheck, Bruce Power’s President and Chief Executive Officer. “We have a lot to be proud of, and it’s our people and our partners who are powering us forward as a leader in clean energy and in the global fight against cancer. Together, we’re working toward a bright future and I’m excited for 2023 and beyond as we continue to focus on improving our performance, completing our life-extension activities, and doing our part to make our communities a better place to live.”

One of the most significant accomplishments of the year occurred when Bruce Power and its partners became the first to produce lutetium-177 in a commercial reactor. The innovation is part of an international collaboration between Bruce Power, Isogen (a Kinectrics and Framatome company) and ITM Isotope Technologies Munich SE (ITM). Bruce Power is also collaborating with Saugeen Ojibway Nation to market the new isotope supply in an equity partnership named Gamzook’aamin Aakoziwin.

2022 was a busy year for planned outages, highlighted by a Bruce A Vacuum Building Outage that required all four operating units to be shut down at the same time to allow for inspections of the crucial safety system that is unique to CANDU reactors. This outage was executed safely and successfully as were planned maintenance outages in Units 4, 5, and 7, allowing the units to operate safely and reliably to produce clean electricity for the people of Ontario.

Both Bruce Power’s Major Component Replacement Project and Life-Extension Program progressed well in 2022, with the installation series completed in Unit 6, which is on track to return to service in the fourth quarter of 2023. Final planning continues for the Unit 3 MCR, set to begin in March 2023.

Other highlights from the year included:

Bruce Power’s Bruce A units reached a new record of 100 days of continuous operation for all four units… Bruce Power completed a harvest of cobalt-60, which helps to sterilize 40 per cent of the world’s single-use medical devices.

Unit 5 marked a record run of 591 consecutive days online before it was removed from service for a planned maintenance outage.

Bruce Power’s vision to use the power of nuclear energy to aid in the fight against cancer was advanced with the formation of the Ontario Isotope Innovation Hub. This includes the unveiling of Kinectrics Center for Medical Isotopes and Nuclear Chemistry … Unit 1’s maximum net capability was been raised by 6 Megawatts (MW) to 821 MW.

Bruce Power and Ontario Power Generation (OPG) announced an agreement that will see the two companies work together on supporting new nuclear technologies in Ontario, building on the success of their refurbishment collaboration and helping Canada reach its Net Zero climate change goals… Bruce Power announced funding for two large-scale environmental projects in our region through its Carbon Offset Accelerator Fund, including investment of more than $900,000 towards a three-year partnership with ALUS through its New Acre Project for the development of land across Bruce and Grey counties and a non-binding agreement with Bluesource to support Bruce County’s long-term commitment to manage its forestlands sustainably… Independent telephone polling conducted across the region by Ipsos showed that residents of Bruce, Grey and Huron counties continue to be very confident that Bruce Power operates safely, is involved with the community in a positive way, and agree that Bruce Power is a strong community citizen.

Bruce Power’s Unit 2 achieved a record run of 626 consecutive days online before it was removed from service for a planned maintenance outage.

Bruce Power unveiled its Road Map to Net Zero and the progress it’s making through this multi-faceted action plan to tackle climate change and support Net Zero goals of Ontario and Canada… A redesigned and renovated Bruce Power Visitors’ Centre re-opened to the public following a two-year pandemic hiatus, resuming its summer bus tour program and welcoming more than 6,500 people in the last half of the year.

The company received its Environmental, Social and Governance (ESG) Risk Rating by the third-party ESG rating agency Morningstar Sustainalytics, with strong and improving ESG performance year-over-year, ranking it in the Top 3 within its sub-industry on a global scale and in the top three per cent in the Utilities industry covered by Morningstar.

Bruce Power celebrated 10 years since the successful conclusion of the Bruce A Restart Project and its return to an eight-unit site… The three-day Huron Endeavour emergency response exercise at Bruce Power successfully demonstrated Bruce Power and its stakeholders’ ability to respond to unplanned events… The Provincial Building and Construction Trades Council of Ontario re-affirmed its commitment to working closely with Bruce Power to support its Life-Extension Program.

Bruce Power joined the Canadian delegation at the 27th Conference of the Parties of the United Nations Framework Convention on Climate Change (COP27), marking a growing recognition that there is no path to Net Zero without carbon-free nuclear power… Bruce Power, working with GHD, announced it is developing a Nuclear Carbon Offset Protocol, with plans to register the project on the Canadian Standards Association (CSA), GHG CleanProjects® Registry. Based on Bruce Power’s experience through its commitment to attaining Net Zero by 2027 and its work with financial institutions related to its Green Bond program, the company understands the importance of clean energy credits and carbon offsets being tangible, additional (supporting development of clean energy) and credible (validated and accredited).

Bruce Power and its Supplier partners donated $185,000 to local organizations, Indigenous communities, schools and women’s shelters as part of its holiday outreach efforts. This included grocery store gift cards for families in need, $76,000 in cash donations to 38 local food banks, warm winter clothing for children, and an online fundraiser that saw Bruce Power and its employees, Suppliers partners and the community raise $40,000 for local toy drive and hamper programs… Bruce Power’s Unit 6 Major Component Replacement Project reached an important milestone with the completion of the refill of the moderator system, which circulates heavy water through the calandria to remove moderator heat during reactor operation.